New Zealand Politicians are Using Migrants as a Scapegoat

International Students: How to Get Work in New Zealand After You Graduate 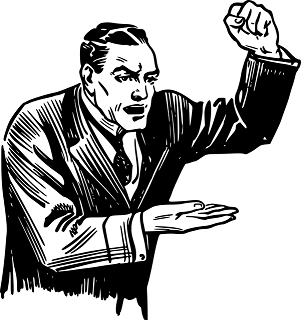 Immigration is a hotly debated topic in New Zealand politics this year as we move closer to our national election. So we thought it timely to provide you with the current thinking behind each party’s stance on immigration.

Bill English will keep the current policy, implemented on August 1, 2017.

Jacinda Ardren wants to strengthen the labour market with tests for work visas. This would involve, migrants on work visas to have to live and work in areas where there are skill shortages. Labour also proposes removing student job search visas and cutting some courses for international students. Labour would increase our refugee quota.

James Shaw supports an appropriate and sustainable flow of migrants into New Zealand. They have not finalised the numbers but would increase the refugee quota.

David Seymour would continue to be pro-immigration. The party honours New Zealand heritage as a nation of immigrants, but would trim back on what they see as generous entitlements to migrants. This includes axing the ability for migrants to receive a pension after 10 years of residence.

Winston Peters is committed to a rigorous and strictly applied immigration policy. This party would strengthen Immigration New Zealand to give it the resources to accomplish this. They would introduce a cap on the number of older migrants permitted to stay, due to the impact on health and other services.

NZ First have made well known their policy towards immigration, and have openly stated it will slash immigration numbers. Exactly what these numbers are is unknown.

Little is known about Damien Light, let alone his immigration policies, other than that he would increase refugee quota to 1500.

TOP would remove the need for highly skilled migrants to have a job lined up before arriving in New Zealand. Gareth Morgan would reform the study to work residency pathway for foreign students.

TOP would increase the qualifying criteria for New Zealand superannuation to 25 years. They also state that they will relax the age limit restrictions.

Little information is available for Marama Fox and Te Ururoa Flavell’s policy other than that migrants should become conversant with the Treaty of Waitangi.

As you can see, navigating the immigration landscape can be confusing and complex as it changes on a regular basis. For help navigating your way to New Zealand, contact us today.